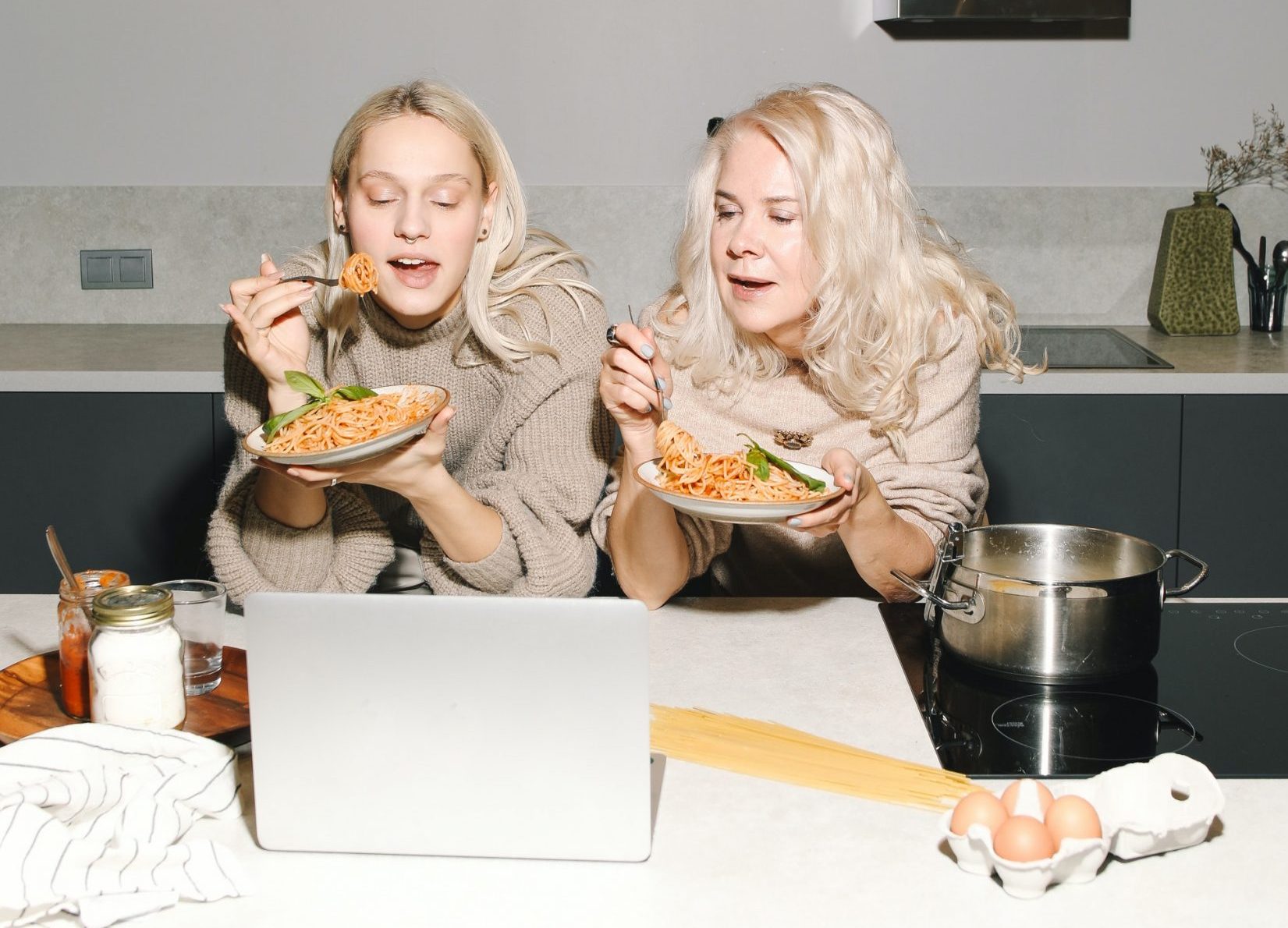 (Photo by Polina Tankilevitch from Pexels)

Nearly seven in 10 Americans identify their mom as “the cool mom.”

That’s according to a new survey of 2,000 American adults that identified the attributes that they think set their female progenitor apart from the parenting pack.

Among the 68% of respondents who agreed that their mom was a “cool mom,” 62% said it was because she talked with her kids openly about anything and everything – suggesting that honesty really is the best policy when it comes to parenting.

Relaxing the rules a bit may be another key, as over half said their mom’s coolness stemmed from the fact that she let them get away with things a “normal” mom wouldn’t when they were growing up.

But being an epic gift-giver, or having great taste, seemed to be a component as well, with 52% saying that her tendency to spoil both her loved ones and herself was what made their mom a cut above the rest.

Conducted by OnePoll on behalf of Angara.com in celebration of Mother’s Day, the survey also probed the most important lessons Americans have learned from their moms over the years.
Respondents’ answers to the question ranged in their own words from how to “be responsible” to “live in the moment” and “how to be a super parent.”

“Don’t judge others, even if you think you have the whole story,” said one respondent.

“It’s not a crime to pamper yourself when life gets too stressful,” added another.

“Respect yourself and others will respect you.”

Nearly seven in 10 respondents (68%) report that they learned how to juggle responsibilities from watching their moms “do it all” over the years.

“One of the coolest things about moms, and the role they can play in shaping who we grow up to be, is that every mother’s relationship with their child or children is different,” said Ankur Daga, Founder and CEO of Angara.com.  “It’s worth keeping your unique relationship with your mom in mind when planning how to make her feel special this Mother’s Day.”

Results also suggested that the wide variety of lessons moms teach their children of all ages are unlikely to decrease any time soon, with over six in 10 say that their mom has been juggling more in the past year than she ever has before.

So it’s perhaps unsurprising that three quarters of respondents think that, after a long and taxing year, their mom deserves to be fully spoiled this holiday.

A luxury getaway (18%), dining out at a fancy restaurant (16%) and fine jewelry (15%) were among the top high-end mother’s day gifts that respondents would purchase to say “thanks” to mom – if they could afford it.

“Moms can be such an influential and guiding force in our lives, so it’s only natural to want to give your mom the world,” added Daga. “But spending a lot is less important than finding a gift that’s truly ‘her’ – whether that’s honoring her birthdate with a particular color or gemstone or a special outing to her favorite restaurant.”

Stories and infographics by ‘Talker Research’ are available to download & ready to use. Stories and videos by ‘Talker News’ are managed by SWNS. To license content for editorial or commercial use and to see the full scope of SWNS content, please email licensing@swns.com or submit an inquiry via our contact form.

What Albert Einstein, Pablo Picasso and Steve Jobs all had in common

It is estimated one-in-five people have the condition.

The man, sporting a "dad-bod", can be seen doing breaststroke through the shallow waters as the person filming asks: "What...

Scientists invent robot fish that swims around hoovering up microplastics

It measures just half an inch from nose to tail.

Study: Baby blues can affect both parents at the same time

Symptoms include excessive anxiety, not being able to stop crying and feelings of hopelessness.

Why fake meat is less nutritious than the real thing

Experiments found human cells take in fewer proteins from the vegan versions - because they are harder to absorb.

What Albert Einstein, Pablo Picasso and Steve Jobs all had in common

Scientists invent robot fish that swims around hoovering up microplastics

We use cookies on our website to give you the most relevant experience by remembering your preferences and repeat visits. By clicking “Accept All”, you consent to the use of ALL the cookies. However, you may visit "Cookie Settings" to provide a controlled consent.
Cookie SettingsAccept All
Manage consent

This website uses cookies to improve your experience while you navigate through the website. Out of these, the cookies that are categorized as necessary are stored on your browser as they are essential for the working of basic functionalities of the website. We also use third-party cookies that help us analyze and understand how you use this website. These cookies will be stored in your browser only with your consent. You also have the option to opt-out of these cookies. But opting out of some of these cookies may affect your browsing experience.
Necessary Always Enabled
Necessary cookies are absolutely essential for the website to function properly. These cookies ensure basic functionalities and security features of the website, anonymously.
Functional
Functional cookies help to perform certain functionalities like sharing the content of the website on social media platforms, collect feedbacks, and other third-party features.
Performance
Performance cookies are used to understand and analyze the key performance indexes of the website which helps in delivering a better user experience for the visitors.
Analytics
Analytical cookies are used to understand how visitors interact with the website. These cookies help provide information on metrics the number of visitors, bounce rate, traffic source, etc.
Advertisement
Advertisement cookies are used to provide visitors with relevant ads and marketing campaigns. These cookies track visitors across websites and collect information to provide customized ads.
Others
Other uncategorized cookies are those that are being analyzed and have not been classified into a category as yet.
SAVE & ACCEPT